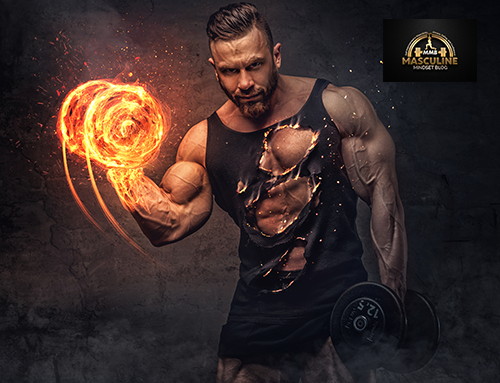 Contents hide
1 Society Is Working Diligently To Shame Masculinity
1.1 Men Have Zero Masculine Energy Due To Societal Manipulation
2 What Is Masculinity?
3 What Society Doesn’t Want You To Know
3.1 Women Are Evolutionarily Turned Off By Rage
4 Society Shames Masculinity With Consistent Fearful News
5 Start Questioning What You’ve Been Taught
6 Summary

This will be one of the most controversial articles I’m writing yet, however, you must understand why society shames masculinity and why they want you to be feminine.

If you really think about it, society has frame controlled you on how to live your life. It’s sad that I see so many men become wishy washy, indecisive and easily manipulated.

You watch the news and all you hear is how men are “rapists” and all of the hate crimes are due to men being too masculine. This is where I strongly disagree with society and why I wrote this article. 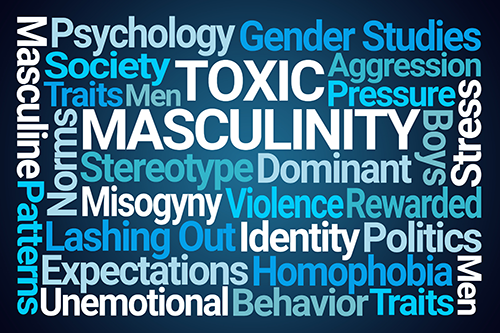 In 2005, there was a study done where a psychiatrist Terry Kupers defined toxic masculinity as “the constellation of socially regressive male traits that serve to foster domination, the devaluation of women, and homophobia.”

Quite frankly, this is not masculine in the slightest, I’ll tell you why. First off, sexual attraction is responsible for sexual polarity, which means it does not devalue women, but it does the opposite.

Masculinity turns women on. The issue arises when you go overboard and you are induced with rage. That means to say, you never want too much anger in your masculine energy.

And let’s talk about hate crimes briefly. Why would you want to spread hate to anyone at all? Again, not masculine. It’s in a blind rage (I’ll get to this later in the article).

Spreading hate to gay men or women is not masculine. Hate attracts hate, and like attracts like. You can spread hate to anyone and generally speaking, hate is low vibrations. Masculinity when you go down to it is actually healthy when used with the right intentions.

Modern feminists are now saying “fuck the patriarchy” attempting to fix what they think is the issue by emasculating men. This is putting so much fucking shame in all of the men that I consistently see. 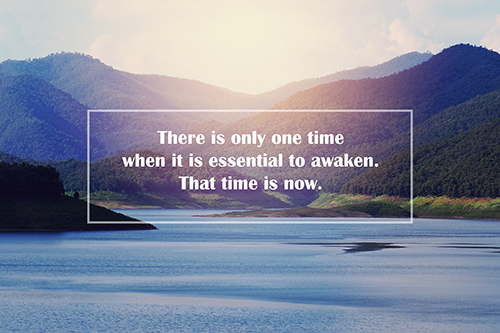 Men Have Zero Masculine Energy Due To Societal Manipulation

What is masculine energy? It’s the sheer fucking will to dominate life and make big names. Masculine energy is responsible for assertiveness, decisiveness, taking fast action, and more importantly, it’s linked to power.

This is exactly why men have zero masculine energy, it’s because they either have shame surrounding it.

Society has worked extremely hard to put men in their feminine energy. I will go out to bars Friday and Saturday, and I see men that cannot go up to a woman and talk to her like she is normal without sucking up to her and putting them on a massive pedestal, little to they know, they placed her in the masculine role.

I want to tell you something, I wholeheartedly think that the reason for approach anxiety is the result of what the school system leaves out to teach boys on how to talk to girls properly without going in to dip shit mode.

I will also get people contacting me on Instagram (and these guys are wishy washy on working out) and I say to them, “message me when you sort out your priorities because your health is clearly not a priority since all you do is tell me reason’s why you can’t invest in yourself.”

You have your own reasons, I don’t really care what they are, I’ve heard them all. Quite frankly, I think it’s time that you understand this…

The more indecisive you are about your goals, the more you look feminine. Stop being so fucking indecisive.

Wake the fuck up my friend, you have been emasculated by society.

There is a fascinating perspective on masculinity that I believe you’ll find very interesting. Plato is a great philosopher that said every man has three parts to his soul that consists of the following:

So think of Epithumia as the energy that wants to fight, argue, and fuck. And think of Nous as how you cope with your surroundings. Thumos is hands down what I alluded to earlier in this article.

It’s the sheer fucking will to take consistent action because success loves speed. It’s assertiveness, decisiveness, and extremely powerful energy, because it’s the fire in your belly.

You can see why society shames masculinity, because too much power is overwhelming, but the same can be said for feminine energy. There has to be balance.

That means to say, you want to have 80% masculine energy, 20% feminine energy. Nowadays, with the shame that all men have been going through, most men have a masculine imbalance.

They are at 80% feminine energy, and masculine energy 20%. “I’ll take action when I’m in the mood.” Fuck that. My friend, if you’ve ever said this to yourself, you likely are too feminine. 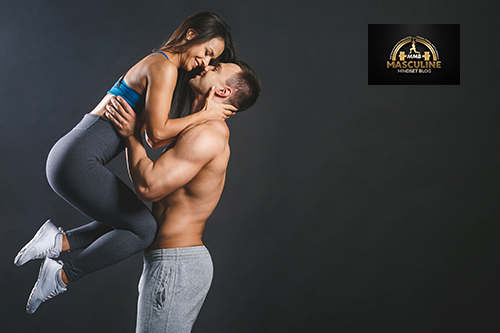 What Society Doesn’t Want You To Know

Masculine energy is what created the majority of everything around you. It’s what brought your parents together. It’s why couples end up very satisfied in relationships.

Society doesn’t want you to know that masculine energy is completely healthy when harnessed in to positive means. Society shames masculinity because they think it’s the cause of rape and aggression.

But what they leave out is that masculinity is embodying sexual polarity. Women are designed to see a man that cultivates masculine energy. It’s responsible for the law of polarity.* It’s when you go too far and become out of control that it becomes a problem. So control yourself and your impulses.

More importantly, this is what drives relationships and make that spark last long term. And this is why I am in full disagreement of what society has done to you.

They are showing you the worst of the worse. And they will press on till they make you afraid. It’s why women live in fear because they think men are monsters.

When in reality, masculinity is not about being controlling, it’s about being in charge with non-reactivity. Do you see the difference?

When you react in a blind rage, it is no longer masculine. It’s too much emotion. As a man, you should be mindful of this and control your rage.

Women Are Evolutionarily Turned Off By Rage

It’s time I talk to you about how triggered you are. Let me ask you something, are you easily angry?

Do you get pissed off at the slightest thing that happens to you such as a driver cutting you off? Are you easily offended? Has anything small ever made you mad?

Society shoves this idea of violence down our throats with terrible news. And link it to toxic masculinity.

I’m here to tell you it’s the opposite. It’s reactivity, its emotions, which means, it’s feminine.

That doesn’t mean I’m attacking either party, in fact, if you’ve read my blog, you know I love women.

If you’ve ever been bitter towards women, or fallen in to MGTOW (men going their own way) I send compassion and I hope you reconsider your choices.

Women are amazing, once you understand how female psychology works.

And you should know that the more you send out violence to women, you should take a big look in the mirror.

Violence (no matter what is justified) always breeds upon more violence.

And like attracts like. That means my friend, if you are ever frustrated or have negative energy, control your anger the right way and become emotionally dominant.

You are pissing away attraction, it show’s that you’re insecure.

Report: The RIGHT Way to Control Your Anger 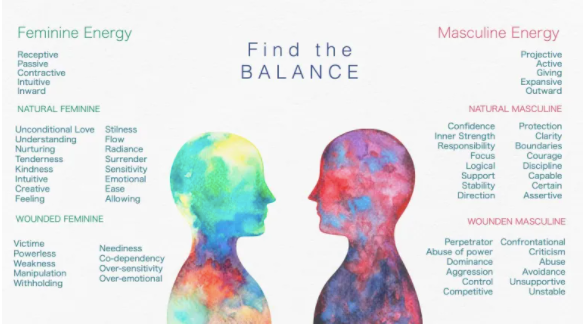 To an extent, society got a few things right and that is they know how to scare the fuck out of you with toxic situations that happen on the news.

Thats why in my book Become The Alpha Women Want, I give you this task to complete…

ACTION TO COMPLETE – CUT OUT ALL NEWS COMPLETELY

My friend, this is important. You are consistently being exposed to news stories that are toxic. And it’s the what the wounded, narcissistic people are doing to each other.

When you consistently put this in to your brain, you are exposed to what is called the wounded feminine and wounded masculine.

Society shames masculinity because this how they are paid. They want to scare you. The news distorts your perception of reality. Don’t believe me? Read this.

Mean world syndrome is very real, and it’s designed to get you in a constant state of fear. That’s not healthy for your mental state now is it?

Cut the news out my friend. It’s not good for your state of mind. It’s no wonder so many people are constantly afraid of each other. Fear is a powerful emotion.

That’s exactly the entire point on why I wrote this entire article. It’s because you’ve been shamed by parents, teachers, society, even probably close friends to believe that your masculine instincts are wrong.

Have you ever heard someone say to you, “Be proud of your masculine identity?” I bet you haven’t. That’s what I want for you, be proud my dude! You are a MAN. So proactively show it.

That leads me to the next point and that is for you to start question everything and follow your own lead.

Start Questioning What You’ve Been Taught

My friend, you have to start question what you’ve been raised to believe.

Because unless you want to be a part of the herd and a follower of everything, you must follow your own lead.

Start developing your own thoughts and beliefs that are not dictated by society.

Because as you know, society loves to manipulate fear in to everyone.

It’s a money making business. You are helping society make money when you consume the news.

Everything is about making a pretty penny. You’d be wise to remember that.

Since you are now discovering the truth of why society shames masculinity, it’s time for you to be your own man and learn to develop your own beliefs that aren’t dictated by what society says to you.

Instead, question everything and don’t let societies loud conditioning get in to your head. Tune out the bad conditioning. They want your attention.

When you give it attention, it rules your life. Give it less attention and the negative news will never affect you anymore. What you resists persists and what you look at disappears.

Be your own man my friend. Masculinity is what made this country whole, it’s what brought our brothers in arms together.

Masculinity is also responsible for the law of polarity, which means, the more masculine you are, the more attractive you are to women.

The more masculine you are, the more you turn women on. Put simply, masculinity is healthy when you use it properly. If you have unhealthy intentions, then yes, it can become too aggressive, but so can feminine energy. Both energies can be used with immorally.

So use your masculinity as a means to better yourself, eat healthy, do high intensity interval training, lift heavy weights, and better yourself everyday. Don’t use for unhealthy intentions.

I appreciate any comments as I’m open to feedback. I love hearing from my readers so drop a comment.

Thank you and make sure you start lifting weights as it DRASTICALLY improves your masculine energy!

Why Women Want You To Embrace The KILLER Inside Yourself

7 Bad Habits That Are Killing Your Masculinity