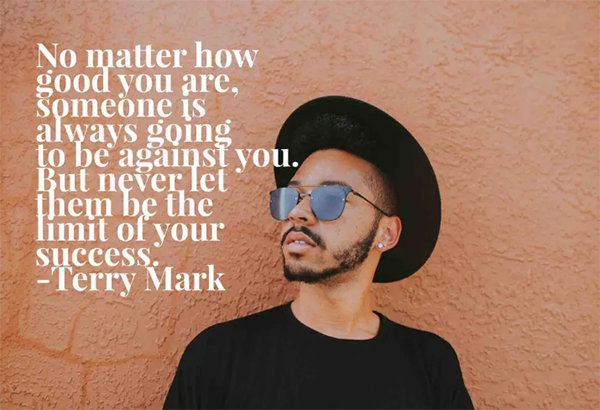 This article is all about seven hard facts about haters and why they have no life, in fact, they are suffering to a very high level.

Because they are suffering, they are spreading negativity to everyone that they can.

As I recently posted in my thanksgiving article, whining is complaining without proposing a solution.

So HATERS, how bad does your life have to suck where you come to my Tik-Tok videos and call trainers “Fake?”

To be clear, I don’t really give a fuck, think what you want. The reason for this blog post is for you to get an insight as to why people judge others and spread what they feel is social injustice.

Hater’s are the most self-righteous people ever and comes from the unconscious belief that your way is the right way. Take your ego elsewhere #truthhurts

So haters, here’s the big point, you are so fucking FEMININE because feminine energy wants to be liked.

You want to be accepted, so your way of wanting to be liked is to spread social injustice and bring everyone down to your low vibrating level.

I have news, the facts about haters is they are behaving very feminine due to the fact that they are highly in their ego.

Masculine energy says, “I’m good enough on my own because I decide to be good enough.”

To be clear, this is not an attack towards feminine energy, in fact, here’s a big caveat…

None of my articles are an attack to feminine energy. It’s when you become a victim where it becomes a problem.

It’s called wounded feminine and wounded masculine. No one will tell you that except me.

Hater’s Attribute Everything to Luck 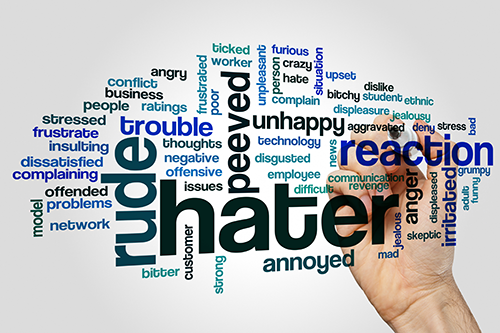 Facts about haters, this is a hard pill to swallow, you attribute everything to luck. So if you’re a hater, you have a fixed mindset.

In fact, haters are so fucking narrow minded that they think everything is attributed to luck.

Because haters think everything is attribute to luck, you have the nerve to land on my Tik-Toks, and spread bad energy.

Clearly, my posts either trigger a reaction in you or my posts make you think of what you lack in your fitness journey.

I put up a post (unfortunately I removed it because someone reported it) basically saying, “New Year’s resolutions are BS.”

Shortly after this, I realized that there are a lot and I mean A LOT  of people that attribute everything to luck.

Because these people that commented where making statements like, “Isn’t it nice being so disciplined?”

They most definitely assumed that my success to dropping down to 7% body fat is LUCK.

Facts about haters, because they attribute everything to luck, self-improvement is non-existent in their reality.

Here is the nature of reality, the harder you work, the luckier you get!

Let’s say you have a few haters, here’s another fact about haters, they literally stalk everything you post.

They want what you have, because you’re a crystal clear reflection of what haters want.

But haters are ironically mildly obsessed with you.

Because they are mildly obsessed with you, they are going to want to consistently bring you down.

It’s a dopamine hit for haters to bring you down. In fact, their laughing stock is correcting you.

Because it’s a dopamine hit to correct someone. How good does it feel correcting people haters?

Not only do haters love correcting people, they will call your content complete shit because it’s addicting to them.

I literally hear this from the people I’ve worked with, Jason Capital for example, this man is a good dude.

Yet, he gets some people sending him hate mail which again, it’s addicting to do that.

Haters will call your content shit because as I said, their life sucks ass.

I strongly encourage you to go through the Tik-Tok in the app itself, you’ll see proof of what I’m talking about.

This weirdo I never even met said the following…

“How is this man a coach” XD Very sarcastically

Here’s the thing, I ignored his comment, and another dude chimed in and said…

EXACTLY. Although I didn’t respond, this is the truth.

Anyone can become a trainer, that’s why there are bad trainers giving bad information.

And since it’s in the fitness field, it’s a dick measuring contest to see who does poor form.

As I already said, correcting people is an egotistical act and it’s actually FEMININE  to do this.

It’s when I genuinely believe that they will hurt themselves.

I told him, “I noticed you tensing up other muscles while deadlifting. I suggest lightening the weight.”

That is how to correct someone who often tenses up politely and not in a dickish way.

There is a right way and wrong way to correct poor form. The wrong way is to do it from a place of ego.

In fact, having an ego in the gym can get you injured when you don’t pay attention to your form.

Haters Want You to Fail

I have another story to tell you my friend, I was at the gym once, I told this dude about my podcast right?

Then he said, “BRO, I listened to your first podcast.”

I said, “Yeah?” Then he responded, “Dude, look at this chick, I’m going to tap that. I’ve been with twelve women.”

He showed me this picture, I looked at him and I said, “Man, that doesn’t matter to me. I didn’t need to know that.”

“Damn that guy got jealous! He literally put himself higher on the pecking order.”

But you see this is where haters want you to fail, ever since this happened, I noticed this same dude just acts juvenile ever since that incident.

He literally had the goddamn nerve to say, “I bet my dad could beat you up.”

Bro if you’ve found my blog, I send you compassion, and I hope your life gets better.

Because hater’s want you fail, it would make them feel better about themselves if you do fail.

My success with women was seen as a threat. And every time I see this dude, he acts full of himself.

I can guarantee you that he pulls NO WOMEN and what he really did is he is trying too hard to be higher status.

Anytime you try to verbalize status, this is lower status. As I already said in my nonverbal communication article…

Higher status is your honest signals and it is everything nonverbal. You can easily fake being higher status with shiny objects.

Hater’s Are Going To Hate No Matter What

Alright, here’s the good news for you my friend, when you get haters like me, here’s what that means…

Facts about haters is this man, that is they are going to hate you no matter what and you can’t change that.

But what you can do is improve yourself every day to the point where haters cannot help but be jealous.

It’s really that simple, the more you improve yourself, the more haters will hate you.

However, it’s a good thing when you have haters. Because it points to the fact that you are getting people’s attention.

It’s only bad when you acknowledge what they say and you start attacking them back.

That actually makes you no different than the haters.

However, what you can do is let them hate, don’t let it affect you as I said, be self-validated.

You’re gonna get haters my friend, so when they arrive, just know that they want your success.

They won’t admit it to themselves, but they secretly want your success.

That guy at the gym who tried to act high status?

He want’s good game, so he tried to act all hot shot. However, here’s what hater’s don’t want to hear…

It takes work to succeed in anything that you do.

This is why haters attribute everything to luck. They want life to be easy.

But as you know, that’s not how life works. However. this is what haters don’t want to hear.

In fact, I want you to succeed so much that the haters will have no choice but to turn in to loyal followers. 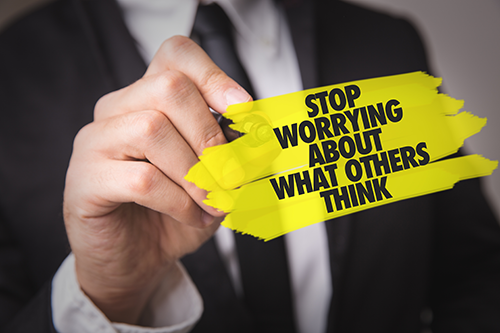 The hardest fact about haters is that they don’t like self-improvement, and this is one of the reason’s they hate to begin with.

This is why their life sucks my friend. Hater’s cannot and will not improve themselves. They refuse to do it.

The reason is because they think they are ALWAYS right. They hate being told they are wrong.

In fact, tell a hater they are wrong and they will come completely unpeeled and refuse to listen and grow.

Take for example, I walk up to a random girl at the gym that every guy is looking at and I make her laugh, then I get her phone number.

A hater would look at that and say, “Bro, I could get any woman’s number, in fact, I already have ten numbers from ten hot girls. I can clearly get any girl I want.”

Hater’s don’t take the time to invest or improve in themselves because when they see someone succeeding, it shines a light on to their failure because it’s a crystal clear reflection on what they aren’t doing.

You are a mirror to all of the haters my friend, you are shining a light on to what they aren’t doing in their life. 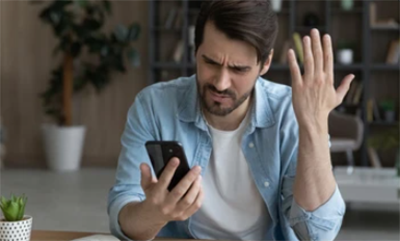 So here’s the point to this entire article, that is hater’s are going to hate, and as you can tell, hater’s are in their feminine energy.

I’m not condescending towards women, if you’ve read my articles, you know I love women.

As I already said, it’s when you lean toward emotional reactivity, it’s highly emotional.

That’s why getting offended is the most self-righteous and arrogant way of basically saying, “I want people to act a certain way.”

People be how people should be, so if you are a hater, it’s time you look in the mirror.

However, if you’re a reader of my blog, then I highly doubt you really are a hater.

Because if you’ve read my articles for some time, you are a good person.

However, just remember these hard facts about haters and all attack is a cry for help.

That means if you get some hater’s, just know that their life is in a shitty situation.

So here’s how to be the better, higher status man and deal with hate with class…

“I send you compassion, you’re clearly going through a rough time. I hope your life get’s better.”

If you’re a fucking legend and a charming bastard, I encourage you to respond like that to haters.

Never take it personal. Be the better man my friend.

Feel comfortable to leave your comments and questions down below and give me a follow on Twitter.

The SHOCKING TRUTH About Adam Skoda

5 BIGGEST Reason’s You Must Give Thanks and Appreciation