Contents hide
1 What are Beta-Orbiters?
2 Why Women Friend Zone Guys
2.1 Develop a Masculine Mindset Before Meeting Women
3 Women Act on Their Emotions and Rationalize Them Later
4 She’s Uncomfortable Alone With You
5 Women Are Often on The Fence About You
6 Complying to Favors Early On is Why They Friend Zone You
7 She’s Teases and Challenges You But Won’t Have Sex With You
8 Never Lose Sight of Your Higher Purpose
9 The Bottom Line

You are about to find out five reasons women friend zone guys and how to stop this from happening BEFORE  it happens.

In this article, I cover how to get out of the friend zone, however, this article is more about the reason’s why women do this to men, and how to stop it from happening before it’s too late.

So if you don’t want to be her beta-orbiter and place her in the masculine role, then this applies to you.

If you already orbit her, then you’ve placed her in the masculine role, which means my friend, read this article to get out, and stay out.

It’s time to talk about beta-orbiters…

You meet a woman named Ashley and she hits on you, she flirts with you, and she teases you on getting laid, but you get blue balls because she’s led you on!

That my friend is a beta-orbiter. It’s the friend that is stuck in the friend zone that has been hoping to get in with a woman. Orbiters cling on to the very hope that one day the woman they want will see how great they are.

You are orbiting her like a fucking beta-male. Don’t cry in the comments to me if you are an orbiter. I don’t want to hear that consistent complaining that is one of the biggest ways to kill your masculinity.

Instead, be responsible and take back your power by tapping in to your masculine mindset.

Does this sound familiar? You meet women that are highly feminine and they use their feminine qualities to use guys for entertainment and they often friend zone guys that they have no intention of hooking up with.

Why is that all hot women have ten guy friends?

It’s because they love attention from guys and use you without even knowing it!

I’ve literally called out women and asked them, “How many guy friends do you have?”

She told me, “I have eight guy friends.”

Want to know what I did? I dropped her out of my life. And she often spies on my instagram stories, it’s kinda funny.

This is what women do without even realizing it. Let’s call it mixed signals, or push pull from the female perspective.

Women love attention you guys. They love it. In fact, they love attention so much that they will act feminine, very flirty, and then tell you, “I care about you, but I don’t feel anything with you at all.”

This is why women friend zone guys, it’s because they want to talk to guys all the time because they’re bored.

Bro, you must learn to drop women. Why do I say that? Because that is masculine.

When you place the halo on her head and give her all of the credit, the psychological bias of The Halo Effect has taken place.

Congratulations, you’ve fallen victim to the power of The Halo Effect. You’re not an Alpha Male.

Beta-orbiters often give one woman all the power and then they have blue balls.

Because you don’t have inner or outer game.

Alpha Male’s have an abundance mindset and they never put women as their primary purpose.

You should know what I’m going to say here. In this article, I stated how Alpha Male’s think.

Just a reminder that women should NOT become your purpose.

You see, some women want you to place them as top priority, but then when you do it, they friend zone you.

I want you to start developing hobbies, hanging out with friends, learning to play an instrument, and start going to the gym and lifting weights.

Why? My friend, you cannot just start thinking of women as a prize.

I want you to reverse the roles as think of YOURSELF as the prize that women want.

So let’s get in to the some harsh truths about female psychology and why women friend zone boys and prefer masculine men.

Women Act on Their Emotions and Rationalize Them Later

This is the first big reason women friend zone so many guys. They often act on their emotions and then they rationalize their actions on why they slept with an asshole.

“Why do I always end up with these idiots? Why can’t I find a man that can value who I am? Why does every guy I end up with turn out to leave me? He’s just a player, I’m done with guys.”

This is often what women think because they are always focusing on how men make them feel. And this is a big reason women friend zone guys, they think, “Brent is very nice, but I like Mark more, he makes me feel good.”

You see, women will sleep with the man that has an Alpha presence and often leads on other men as a backup.

Sounds fucked up right? But this is why I want you having abundance. Don’t ever get hung up on one woman starting out.

She’s Uncomfortable Alone With You 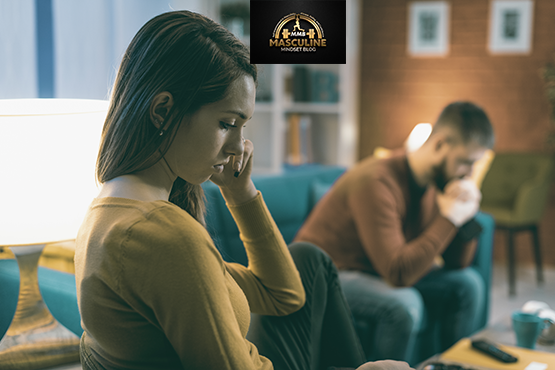 Women will come up with reasons not to be alone with you. In fact, they will make plans for you to go out with her friends.

Why do they do this? Because she is worried you’ll make her uncomfortable under the threat that you might make a move.

So she’s going to bring her friends with her. Women are not stupid my dude. They are smart, in fact, they are so smart that they put these parameters in place so that you don’t pull anything remotely sexual.

And the reason why they bring out their friends is the fact that they want to protect themselves from you.

I have to tell you something, if she at all makes plans like this, you have allowed her to make plans.

You should know where I’m going with this.

Putting her in the masculine role is the wrong move that you did man.

Alpha Males plan and prepare dates in advance and they always think ahead.

So I want you to start saying “No,” when they invite you out with her friends.

Instead say to her, “I want to get to know you, in fact, I don’t think it’s a good idea that I come out to meet your friends.”

Women Are Often on The Fence About You

If there is one thing I can say to women, that is the following, “how does it feel being indecisive with so many different guys?”

I personally know women that come to mind where they say to me, “I can’t figure out what I want in a man, I don’t know why I cannot meet a good guy that understands me.”

You see this how women are, they are unpredictable and are often wishy washy, cannot make up their mind.

That tells us guys that you are uncertain. What’s the answer? My dude, go read my articles on building attraction such as how to leverage preselection.

There is nothing more powerful than demonstrating preselection my friend. This is guaranteed to get you out of the friend zone.

I’ll never forget this one woman I met who told me, “I have eight guy friends that I have no intention of having sex with.”

Complying to Favors Early On is Why They Friend Zone You

I really have to say this again and again on my blog because lately I’ve been getting a lot of people questioning this reality.

Bro, I’ve been in this game for up to ten goddamn years and I’ve seen women test guys and that’s me included.

The most common test is, “Can you buy me a drink?”

How do you pass this? Simply tell her “No.”

Better yet, I’ve straight told women, “What are you high on?”

I tell them, “Do you really think I’m the right guy to ask? Go ask that guy, I’m not buying you anything.”

But I have to say this, don’t do this in a relationship when you’re with a woman.

It’s okay to buy a woman a drink if you two have known each other and have already hooked up.

When it’s not okay is when she asks right away, why is that? Because it’s only a test. Nothing more.

She want’s to know you can stand up to her without being a complete douchebag.

This is the biggest takeaway I really want you to fucking understand, that is when she pulls this crap on you, and you let it happen.

Bro, you have to let her go and start meeting more women. She is clearly not in to you. So stop chasing her.

You only become desirable when you stop putting women as your purpose.

Women often say this is what they want but then when you comply to what they say, they are super turned off.

Never chase women as your primary purpose because most women can sense it when you chase.

Everything comes down to the fact that you’ve placed the woman you want in the masculine role.

And all women intuitively pick up on men that are thirsty, desperate and needy.

You see, this is a surefire way to creep out any girl and then she want’s nothing to do with you.

Instead, I want you to be purpose-driven and have missions in your life.

Be passionate, have good energy, and bring women value. Don’t suck out value and be a social leech. 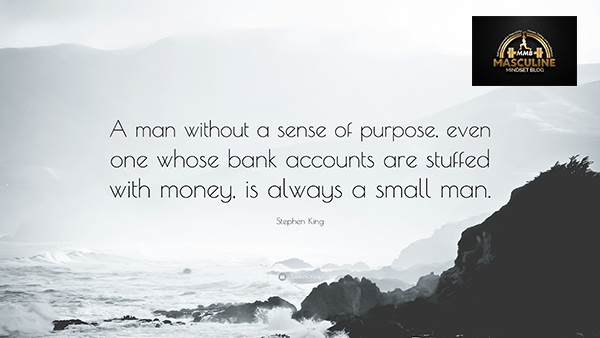 This is in my opinion, more important than all of the other reasons in this entire article. You must be number one for you.

My friend, women are a side benefit and they should never be your focus.

You’ll come to realize that you want women but don’t need them to feel full, you have fully reached your potential.

Becoming a superior man is exactly that. It’s acting on your higher purpose.

Beta-orbiters chase women and make them their purpose, you my friend must develop a masculine mindset and have purpose.

You see a woman secretly wants a man that knows his place in this world, they will never tell you that.

How do you act on your higher purpose?

Just follow your own lead and intuition, write down your goals and circle what you’re most passionate about. 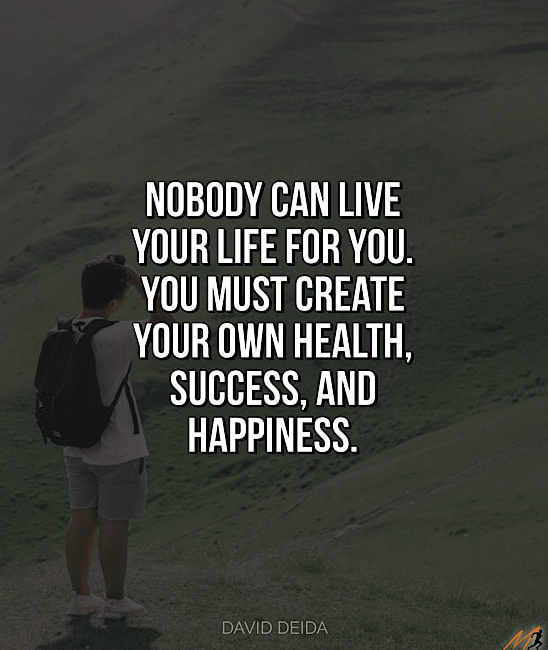 It’s time for you to become a man that knows his worth, and knows his place in this world. When you put women as your purpose, you get friend zoned.

Now that you are aware of this, you can start working on being less needy with women. Because one of the highest attraction killers of all time is neediness.

However, even if you don’t care to get it, at least take note of every reason you’ve been friend zoned, and work on becoming more purpose-driven and don’t rely on women to be happy.

Knowledge is power, but applied knowledge is even more powerful, so from today forward, you my friend have a masculine mindset and you won’t rely on women to approve of you.

Women will never friend zone you anymore when they sense that you’re a man on a mission that places self-improvement as number one and you take care of your health by doing HIIT training.

The more you improve yourself, the better off you’ll be. Feel comfortable to comment below as always, I’ll see you next time, you  are a handsome Alpha Male coming up in the ranks 😉

How To Overcome The Nice Guy Syndrome